London is reviewing its local government ward boundaries. Lewisham is included; here are my notes.
This article was originally written in August 2019; the Boundaries Commission published their recommendations in summary on the 16th December, and in more detail with explanation for each of their decisions. This is their home page for the Lewisham Review.  On first review, they propose,

I have amended the spreadsheet to describe the ward sizes and their variations. Lewisham-Ward-Redistricting (1). This is based on the sheet attached below.
Here’s a map! 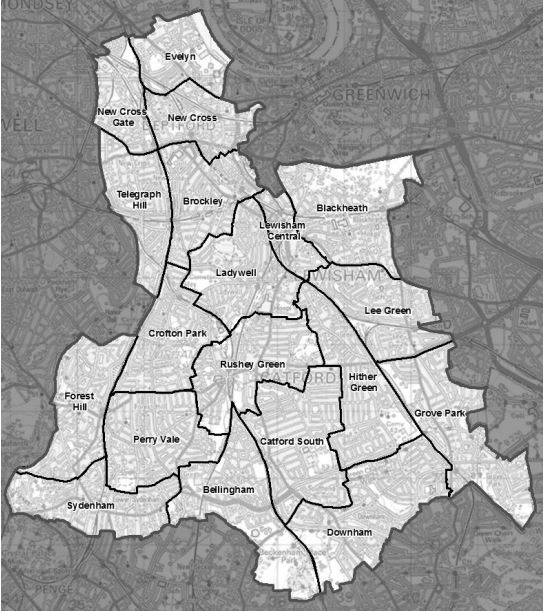 Here are my original notes from August.
Most importantly, the Boundaries Commission are not reducing the number of councillors and so will not need to introduce asymmetrically sized wards. i.e. some with two councillors and some with three. I strongly support the council of this size, the numeric relationship between the cabinet and scrutiny and a critical size to provide decent effort in the committees is important.
The Council has a proposal which it maybe taking comments on but will submit by early December.
Here are some more links 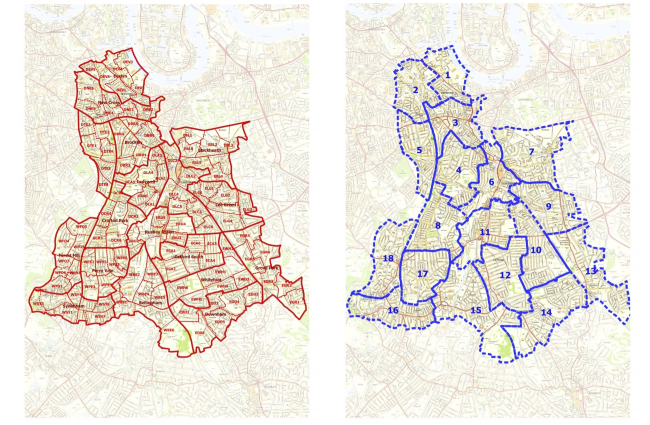 Here is a spreadsheet, Lewisham Ward Redistricting
it includes the polling district tables used by the council, plus some analysis conducted by me.

There seems to be an independent body for the local government reviews, the Local Government Boundary Commission for England here is what they have on Lewisham. Here is their invitation for evidence.