Wikipedia’s article on the 1983 election asks for citations where the SDP/Liberal vote allowed Tories to win seats on a plurality. Interestingly their page on Hayes & Harlington shows this and although it’s a seat where an SDP defector tried to hold the seat, the Tory vote is virtually unchanged and yet they won it in 1983. Labour, where a “campaigning comrade” of mine, I grew up in the area, stood for Labour only got ~375 votes more than the incumbent SDP candidate.
Here’s a table showing the results, 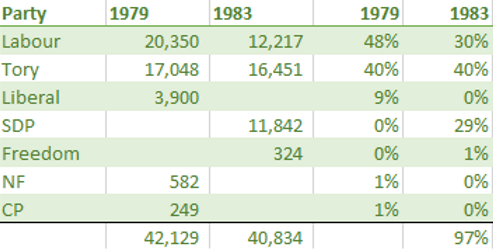 And here’s a chart, 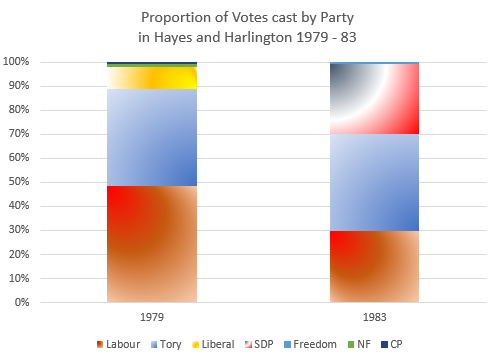 The featured image is the EMI building in Hayes, the company’s gone now but it’s CC Peter Clare 2007 BY-SA