In the 2016 Labour Leadership campaign, Jeremy Corbyn made 10 pledges, which were then adopted by Conference 2016. The pledges have disappeared from the site, but I checked on the wayback machine and have made this image from that site’s pledge page. 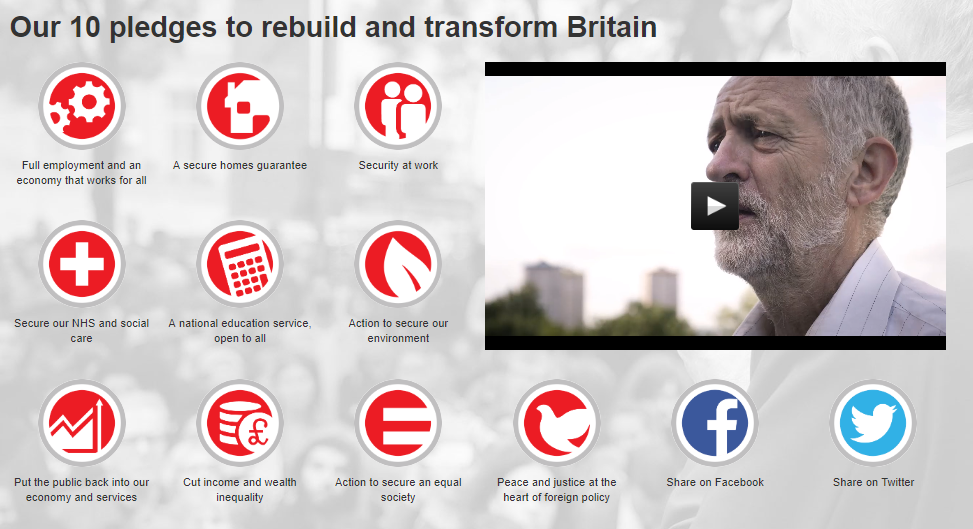 I had difficulty finding it using google, but I could find a Guardian article, called “Corbyn sets out 10-point vision for Britain” and I have indexed his 2015 Corbynomics paper and his Digital Rights manifesto 2016 on this wiki.
The NEC statement proposing th e10 Point Plan as Party policy was voted on at Conference 16, and the text is contained within CAC 3.