For people casual acquainted with political theory, we know that dictators quite like plebiscites in a way that they dislike parliaments. We can see in the UK, the way in which some of the Brexiteers, but not their leadership, are frightened of both parliament’s consideration of interpreting the referendum result and/or running a second one.

they wail, but so is Parliament. Democratic politics is about expressing the will of the majority under the rule of law. It should involve debate and compromise; it often doesn’t.
The anglosphere’s political theory starts with Hobbs who posited the need for a strong sovereign to tame the bestial nature of the mob through to Paine’s “Rights of Man”, first suggesting inalienable human rights. The latter has ensured the establishment of a representative democracy based on universal suffrage but we know this has been challenged in existential terms by Fascism and in lesser terms in the UK by the move towards mayors and commissioners, rather than councils and the mindless and reactionary New Labour mantra “with rights come responsibility”.
Totalitarians have their theorists also, one of them is Carl Schmitt, and I was pointed at him in a paper, entitled, “The Paradox of Plebiscites: Why Do Authoritarian Submit issues to the voters?” by Matt Qvortrup, currently teaching at Coventry. When I originally noted this article, I highlighted the following quote,

Robert Michels, an otherwise piercing analytical mind, tersely observed that “a Führer [sic!] would lead the people astray through unclear questions, and would himself be solely entitled to interpret the result afterwards”

I have now read Nigel Jones article (see 6 below) and present this quote.

So what conclusions can be drawn from this largely melancholy history? That referendums are usually used for the convenience of rulers rather than the ruled. Much depends – as Alex Salmond realises – on the question on the ballot paper and on who controls the organs of propaganda – radio, TV, newspapers and, today, the Internet.

I hope to write more, arguing that the dumbing down of politics, the building of a super-hero culture and the destruction of debate is anti-democratic. When I am ready, I’ll convert it into an essay and post it to the blog. 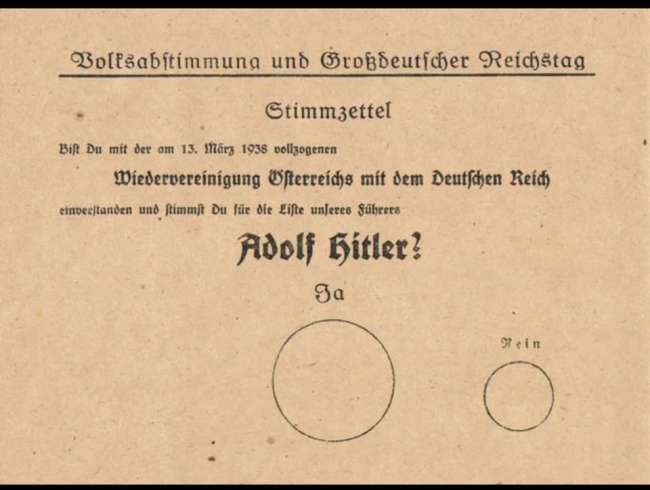 I have just noticed a spelling mistake in the permalink, here is the surl https://wp.me/pauVx4-Lf