For some time, social and political scientests have suggested that political views usually charcterised as a left right sepctrum is also influenced by a tough/tender or libertarian/authoritarian spectrum. This often called the political compass and a site of the same name is here, http://www.politicalcompass.org/.
Here’s me, 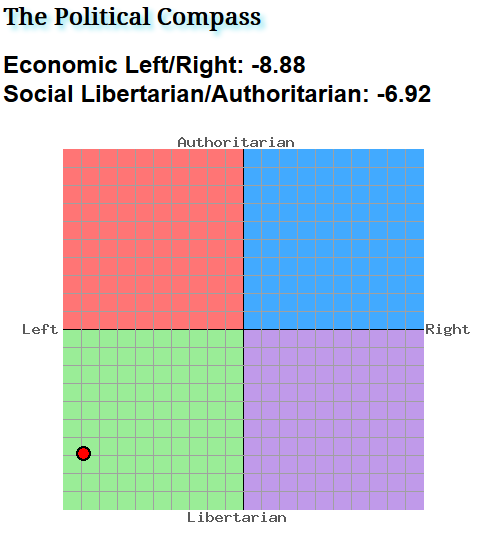 which puts me to the left and more liberal than the Dalai Lama and Nelson Mandela. This page shows how the parties have moved over the last 30 years although it’s dated 2010 and below is the combined charts 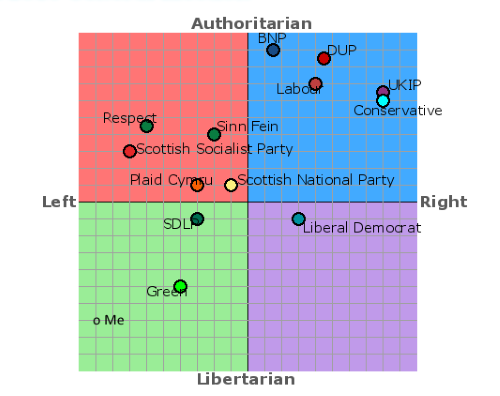 I wonder if I can build a hosted system which plots respondents as a three dimensional surface.