This snip originally collected some resources aimed at helping people take their characters through to level 40. It was re-written in 2007 in what was an unsuccessful attempt to re-ignite my interest in the game. It failed and I left it alone for a number of years, I had another look when I started NWN2. The links have degraded over time, firstly with bioware hack and so are no longer easily available , but later the Epic Guild site went away too.  The Epic Guilds recreated themselves at a new site, http://nwn2db.com. 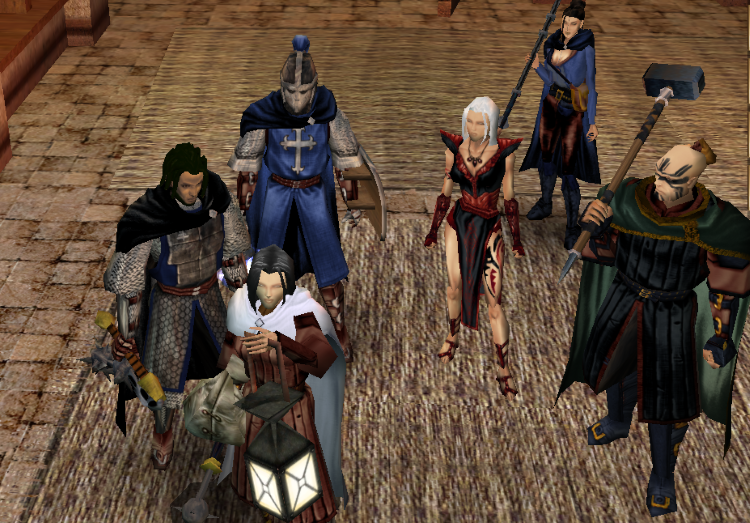 An almost balanced party, of pure class character, from NWN/UTC

I need to rescue the links below, and what follows is the original content, now at least 7 years old. Dave July 2013

This can be quite tricky, especially if you don’t know the rules. The game manual seems a bit light on stuff.
I have written about my Paladin/Fighter and the advice I found at elsewhere at this site.
I discovered a thread about an Elven Sorcerer/Paladin in the Bioware forums.

One of the guilds at http://www.bioware.com is called Epic Character Builders where people publish their builds.

The have a couple of builds that make me curious, firstly some Bards

and then a Paladin